This Monday (July, 11) Uniswap liquidity providers have fallen victim to a phishing attack. That resulted in $8,6 million losses worth in different crypto assets.

Details of the case

All victims were redirected to the phishing site, where they willingly sent the crypto to the exchange. This way hackers get access to these wallets. Despite targeting a considerable number of Uniswap liquidity providers, most attackers’ illicit haul seems to have come from a single victim.

That phishing attack lasts less than 10 hours, which is incredibly fast for this amount of stolen money. Usually, attackers are more accurate: they tend to make fewer phishing transactions with less money to keep their profile low.

The first transaction on this wallet came from Tornado (the mixer is in the upper right corner of the picture). Many transactions, including ETH and WBTC, were made from the wallet 0xc36442b4a4522e871399cd717abdd847ab11fe88 (the next wallet on the left after Tornado).

There were also transactions from other wallets (bottom left of the picture). Most of them have many transactions, and most likely the exchangers are unverified. Manyf hackers tend to do this to “confuse the trail”. 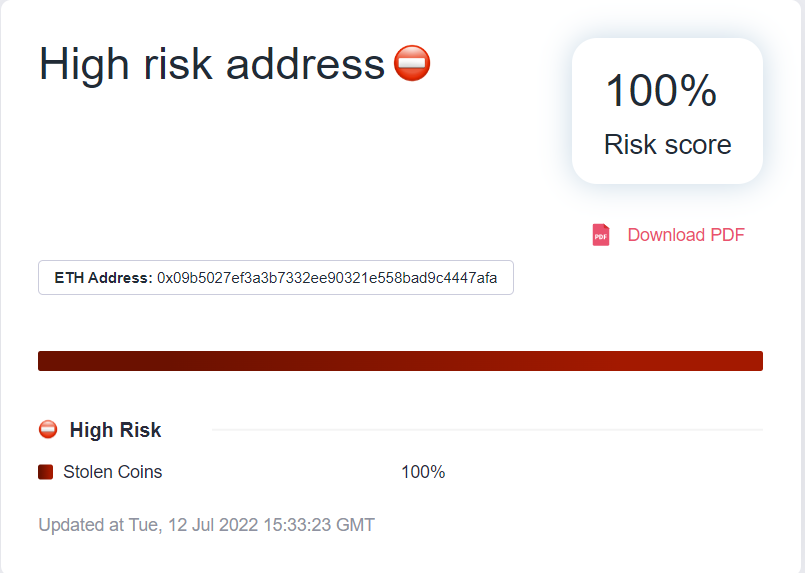 How did we find all details?

We used an AMLBot that checked both the initial sending address of a scammer and the final destination address, which he used to launder the funds. Both have a 100% risk score meaning that the scammer will not be able to use these funds on any regulated service anytime soon. 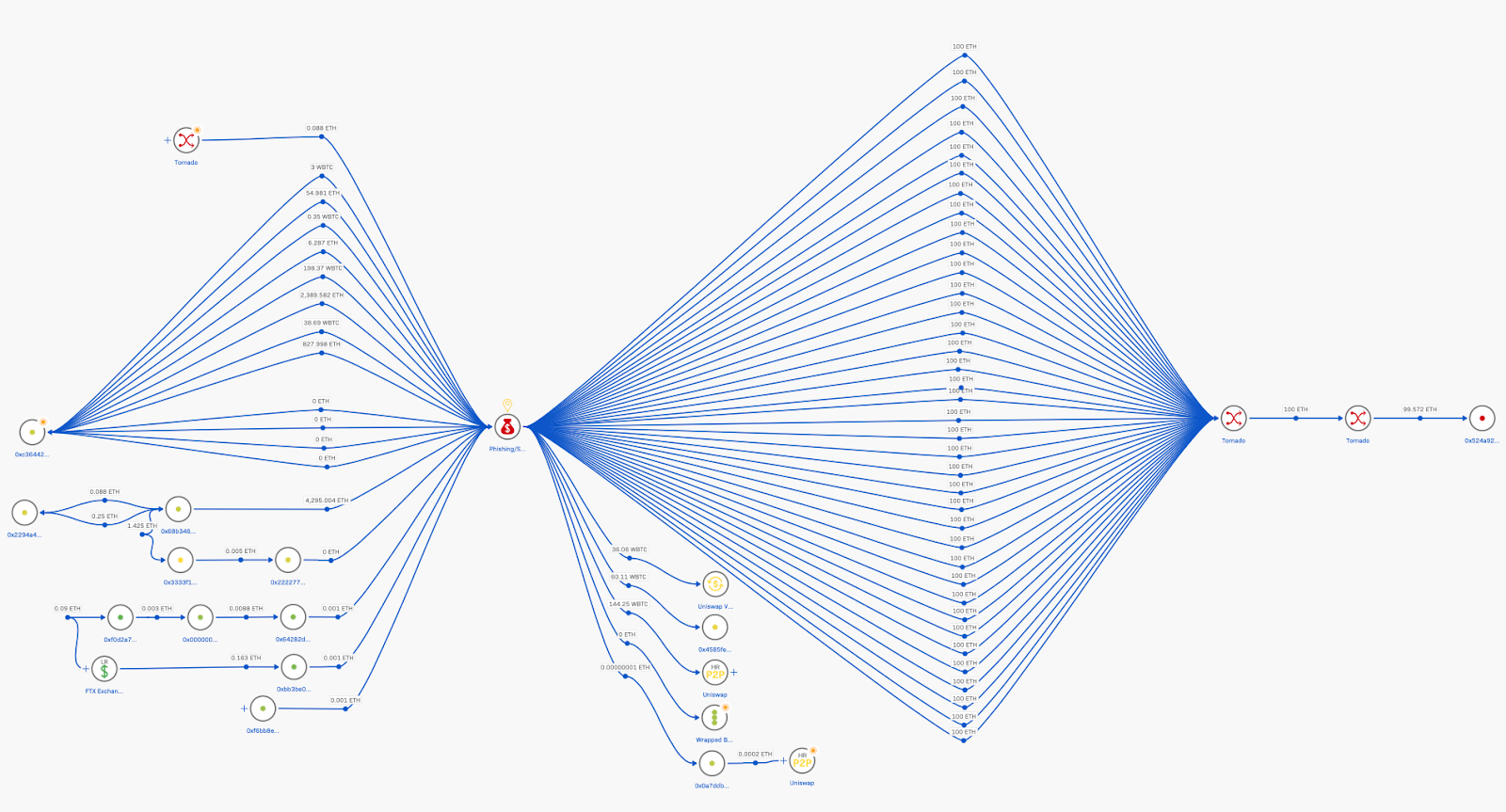